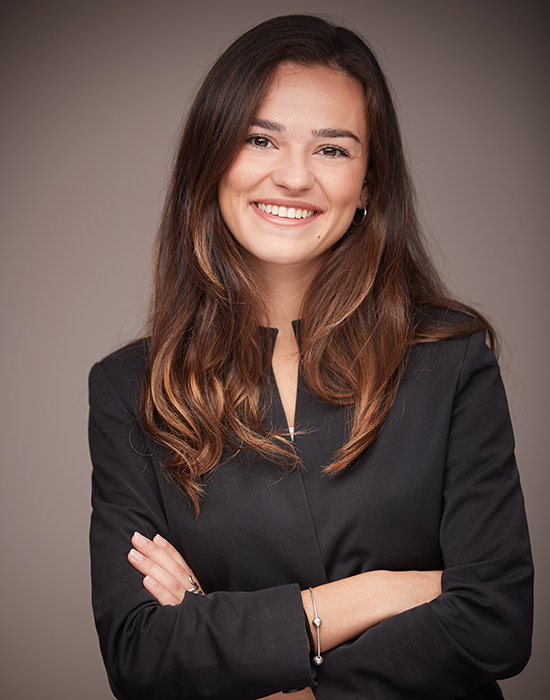 Laurie is a member of KRB’s M&A/Corporate and Commercial Group. Called to the Quebec Bar in 2020, she originally joined the team as an Articling Student in 2019 after completing her legal studies at the University of Montreal. Over the course of her studies, Laurie participated in various UN simulations, was involved in several committees affiliated with the university’s Faculty of Law, including Amnesty International, and completed a semester abroad at the University of Bologna in Italy.

She is now actively helping KRB’s clients with most of their corporate and commercial legal needs, including in respect of purchase and sale transactions, corporate governance/reorganizations and the preparation and negotiation of other commercial agreements and transactions. Before starting her career as a lawyer, Laurie had the opportunity to work as a law student at a Quebec-based company in the renewable energy sector whose activities extend from Quebec to Alberta, the United States, Europe and Asia.

Outside of the firm, Laurie is an active member and Co-Chair of M&A Club Canada’s Young Professionals in M&A Committee, which provides networking and professional development opportunities for emerging leaders involved in the M&A sector. She is also a member of the American Bar Association, allowing her to attend various conferences and networking events bringing together thousands of legal professionals from across the globe and providing access to a wide range of resources, data and trends in the legal sphere.

Buying or Selling a Business? Know the Rules Regarding Personal Information

Not All Shareholders Agreements Are Created Equal